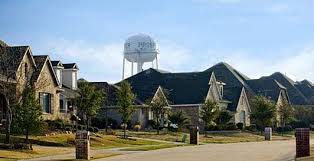 Prosper is an affluent suburban town located in Collin and Denton counties within the state of Texas, United States. The Town of Prosper is located within the Dallas- Fort Worth metropolitan area. As of 2015,the median single-family home price was $426,000. As of 2015,the estimated population was close to 18,000. 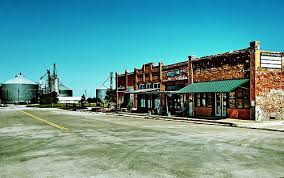 Prosper was a small rural town on Preston Road (SH 289) in North Texas about 6 mi (9.7 km) north of Frisco, but in recent years – true to its name – it has prospered. The first settlers arrived in this area in 1846 for the black fertile prairie soil of North Texas where cotton was "king." Between 1850 and 1902, two settlements existed. One community, two miles south of the present town, was called Rock Hill. The second community, one mile north, was called Richland. The development of these small communities was expedited in 1876 when County Courts ordered small tracks of land to be established for quick sale. These tracts, each approximately 160 acres in size, were sold for $3.50 per acre. Dr. A. T. Bryant of McKinney purchased one of the tracts, which later became the geographic nucleus for the Town of Prosper.

Prosper prides itself on a strong sense of community. The Town of Prosper greatly promotes resident input when it comes to planning and zoning. There have been several community surveys and town meetings held throughout the years with hundreds of residents participating and attending. In 2012, Prosper residents built their own community playground. Windmill playground was built with one hundred percent locally-raised funds and volunteer hours.

The Town of Prosper holds an annual Christmas festival and Fourth of July event. Each May, Prosper Founders Fest celebrates the history, people and arts. The event combines the Prosper Fire Department's IBCA-sanctioned Barbecue Cookoff, a 5K race through the Prosper area, an art show and music festival and a Sunday Family Fellowship. The Sunday event is unique in that 80% of Prosper families attend local churches. The Family Fellowship is a once-a-year opportunity for the Prosper community celebrate with music, kite-flying and picnics. Neighborhood 4 Photos